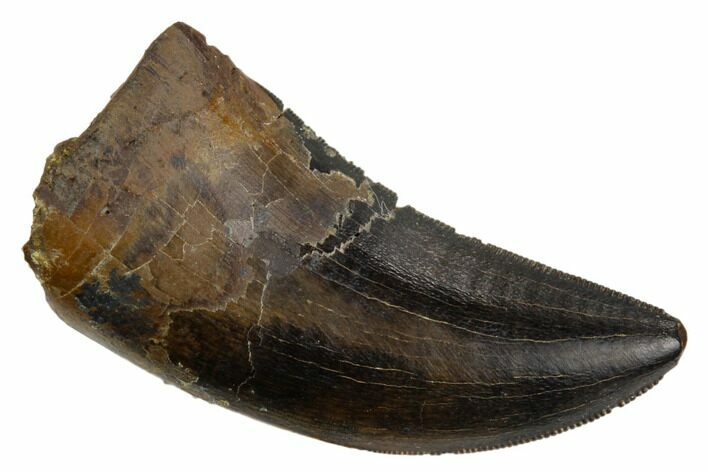 This specimen has very good enamel and serration preservation along both edges. There are a few small cracks in the enamel near the base of the crown and missing denticles from both the mesial and distal edges. It also has wear at the tip that is likely occurred as the result of feeding behavior.