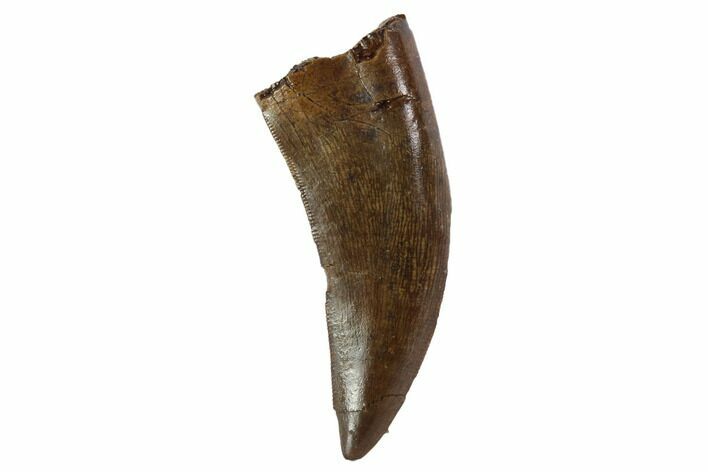 This is a serrated, 1.38" long Tyrannosaur tooth likely of the species Nanotyrannus lancensis from the Hell Creek Formation of South Dakota. This tooth is in good condition as far as the enamel is concerned, though there are two repaired cracks on the distal end of the tooth, with some crack stabilization proximal to the root. There is feeding wear at the tip of the tooth, as well as along some of the serrations. The serrations are still present, however there is some chipping at the points of breakage.