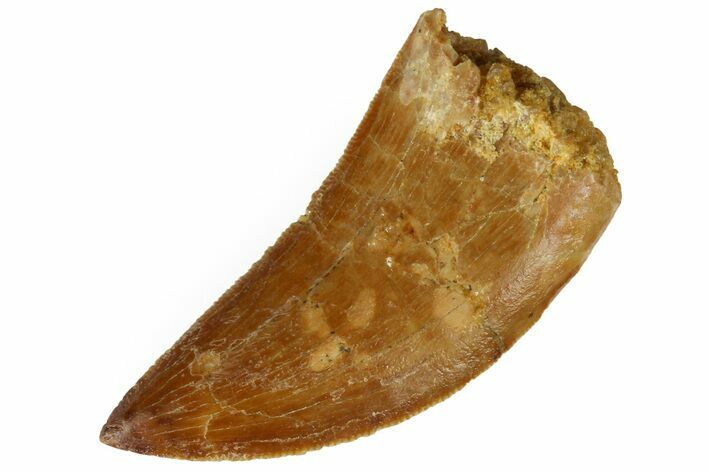 A tooth of this small size would have come from a juvenile of the species. A small amount of restoration to the tip and one repaired crack mid tooth.