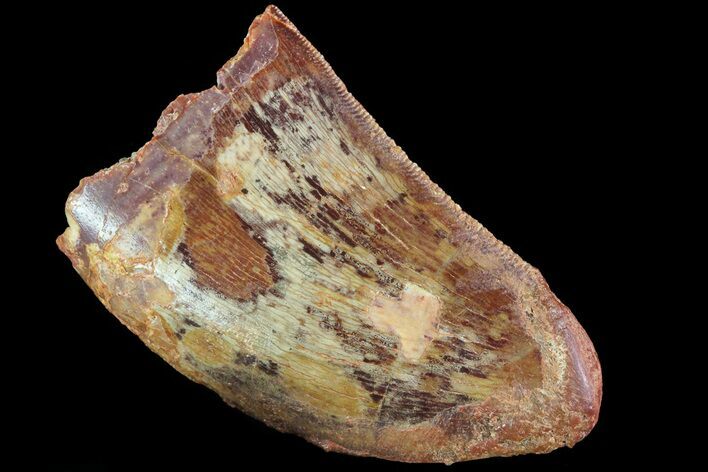 This is a serrated, 1.43" long tooth of the gigantic predatory dinosaur Carcharodontosaurus saharicus. This massive theropod often gets compared to T-Rex but is actually thought be larger.

The tooth is very thick in cross section so likely came from near the front of the jaw. Most of the serrations are present, however the tip is fairly worn down and there is a repaired crack through the middle of the tooth.