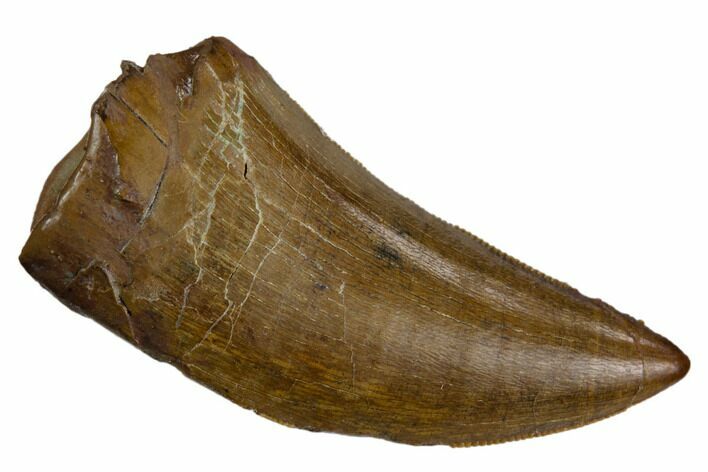 This is a 1.47" long Tyrannosaur tooth from the Judith River Formation of Montana. This formation is approximately 75 million years old, or about 9 million years older than the Hell Creek Formation which also produces T. rex. This specimen has very good enamel and serration preservation along both edges. There is a repaired crack at the tip and missing denticles from both the mesial and distal edges. There are also a few repairs with small gap fills right at the base of the tooth.