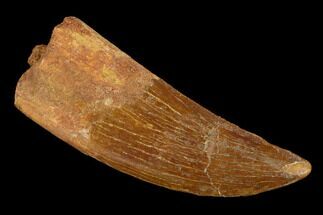 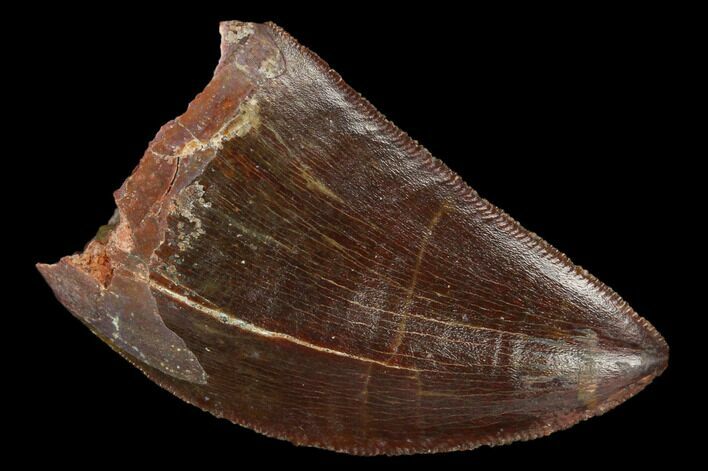 Given it's small size it likely came from a juvenile of the species. The tooth has beautiful enamel preservation, fine serrations and no repair. A gem of a tooth. 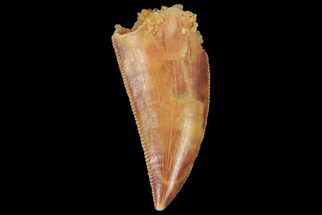 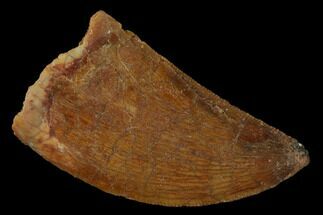 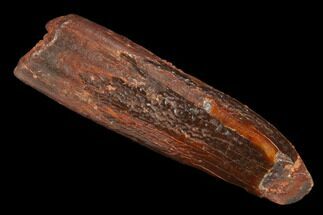 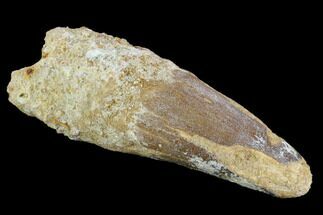 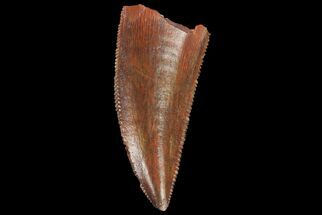