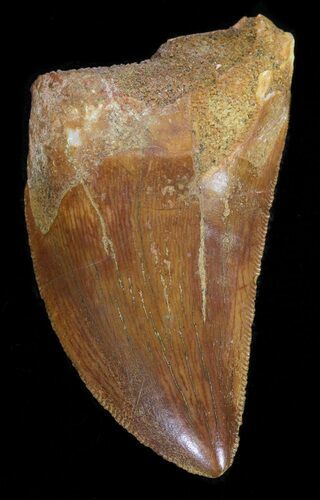 This serrated, 1.67" long tooth of the gigantic predatory dinosaur Carcharodontosaurus saharicus. This massive theropod often gets compared to T-Rex but is actually thought be larger.

The tooth is in fine condition with beautiful enamel preservation and nice serrations on both edges of the blade. One repaired crack in the middle of the tooth. Comes with a floating frame display case.