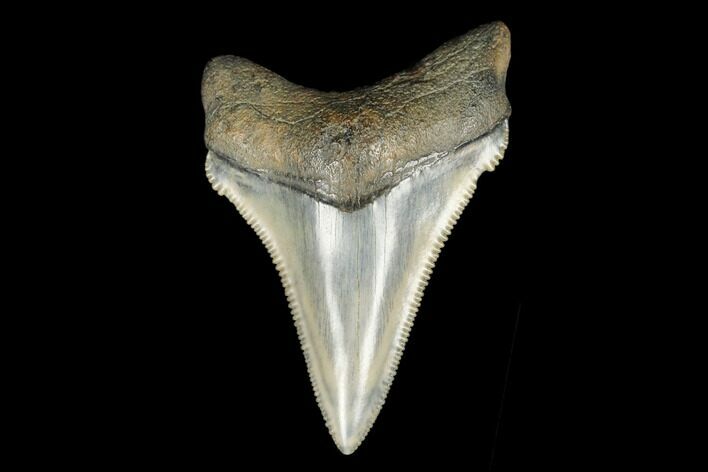 This is a serrated, 1.76" long fossil tooth of the Megalodon ancestor, Carcharocles chubutensis. It was collected from the Pungo River Formation in Aurora, North Carolina. This tooth is a little gem with gorgeous enamel, sharp serrations and an nice tip.