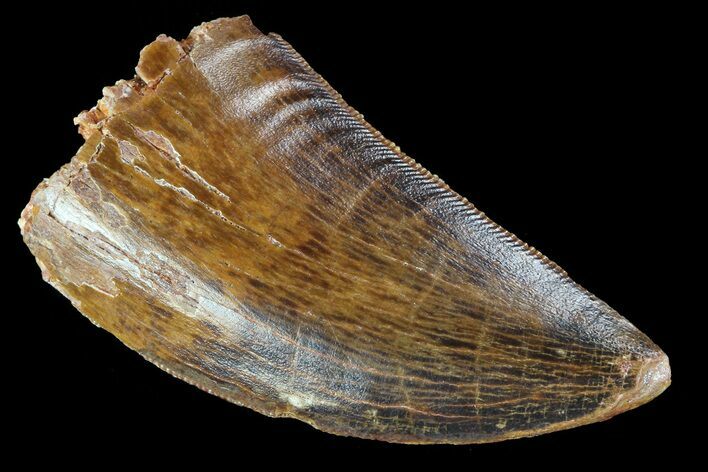 This is a serrated, 1.8" long tooth of the gigantic predatory dinosaur Carcharodontosaurus saharicus. This massive theropod often gets compared to T-Rex but is actually thought be larger.

Most of the serrations are present, however the tip is broken and there multiple spots where the enamel has chipped free.