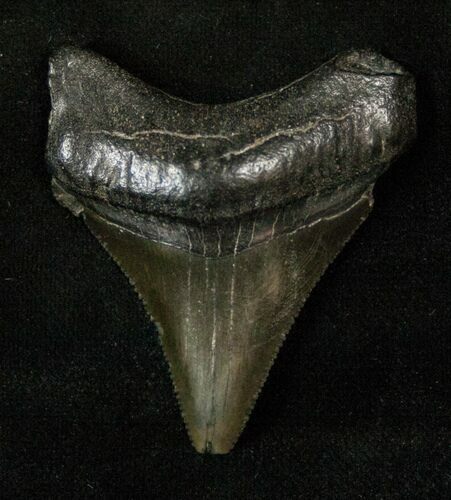 This is a serrated 1.84" long, juvenile Megalodon tooth collected from the coast of South Carolina. It would be Miocene in age and eroded out of the Hawthorn Formation.