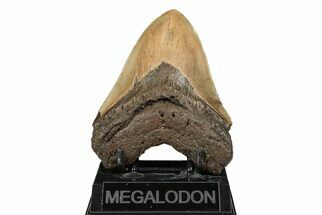 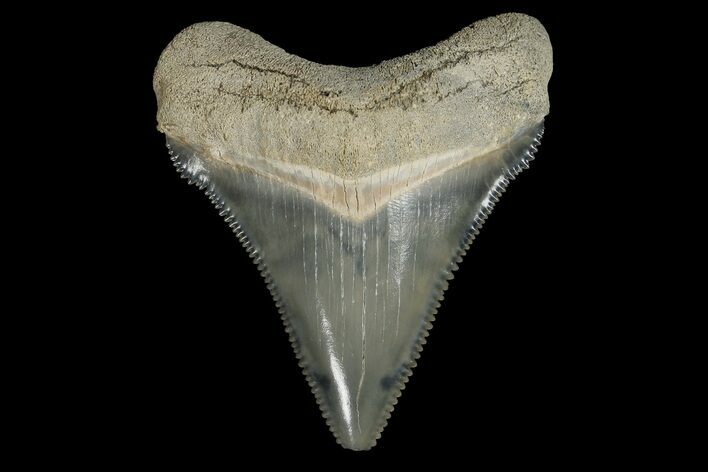 This is a sharply serrated, 1.86" long fossil Megalodon tooth collected from the Yorktown Formation in Aurora, North Carolina. A tooth of this size would have come from a juvenile Megalodon shark. 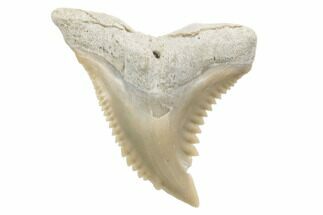 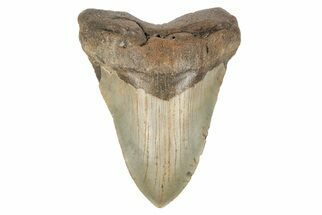