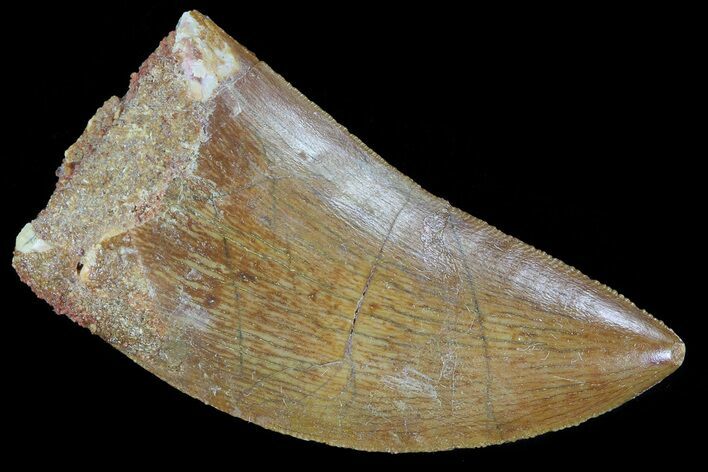 This is a serrated, 1.9" long tooth of the gigantic predatory dinosaur Carcharodontosaurus saharicus. This massive theropod often gets compared to T-Rex but is actually thought be larger.

Most of the serrations are present, however there is a repaired crack towards the tip, as well as restoration at the root.