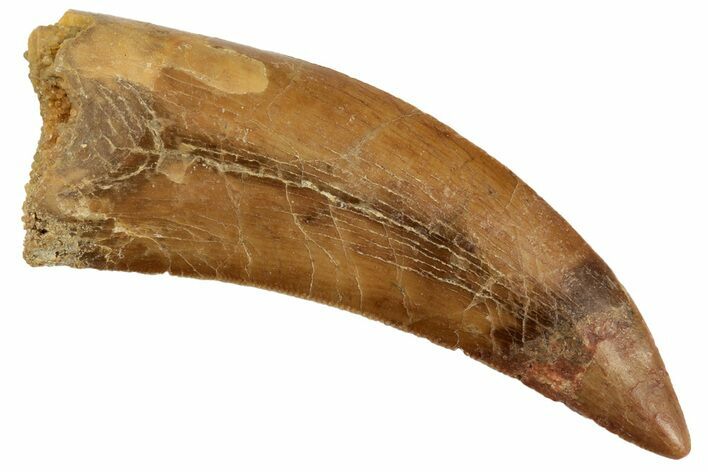 The tooth has fine serrations along both edges of the blade and good enamel. There is one repaired crack with some gap fill restoration near the tip. 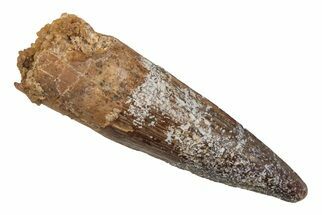 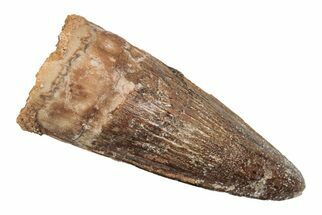