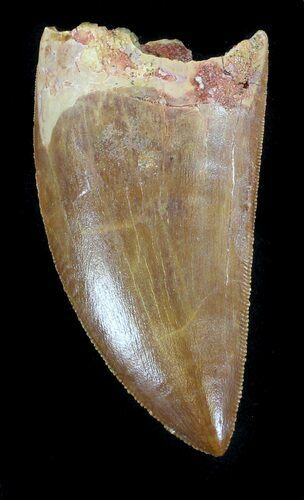 This good quality, 2.08" long tooth of the gigantic predatory dinosaur Carcharodontosaurus saharicus. This massive theropod often gets compared to T-Rex but is actually thought be larger.

Sharp serrations, need wear to the tip and gorgeous enamel preservation on this tooth. One small crack repair in the very base of the tooth, but that is it.