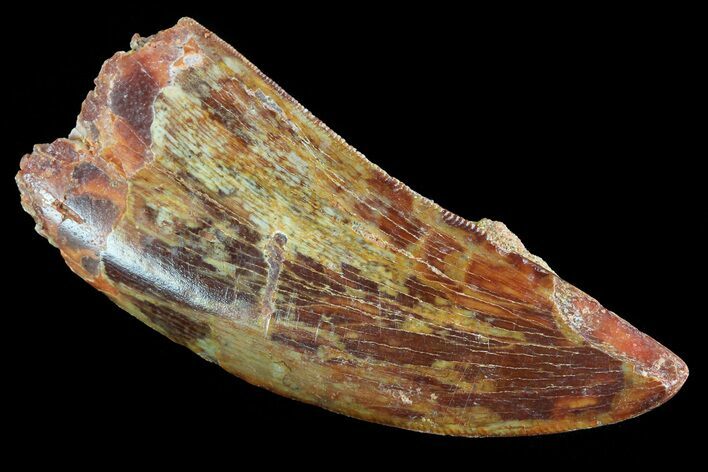 This is a nice, serrated, 2.2" long Carcharodontosaurus tooth from the from the Kem Kem Beds of Morocco. This massive theropod often gets compared to T-Rex but is actually thought to be larger.

This knife-like tooth has a nice curve to it and visible serrations on the inner edge of the blade though they are worn on the outer. There is a stress fracture running along the length of the tooth, as well as some wearing along the tip.