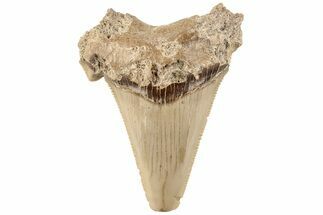 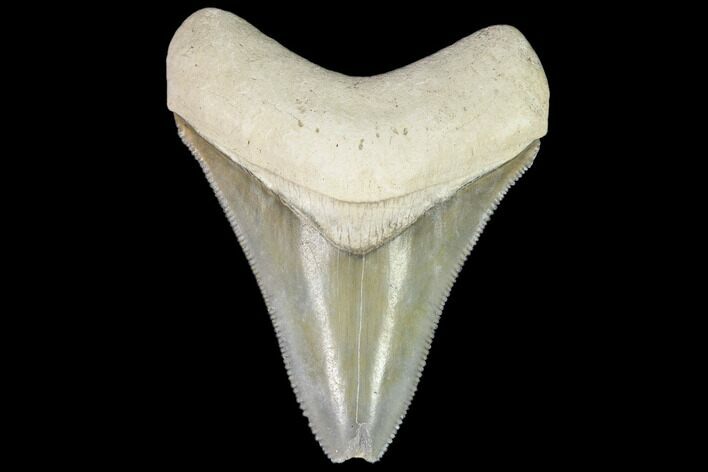 This is a 2.2" long fossil Megalodon (Carcharoles megalodon) tooth from the Bone Valley Formation of Florida. This example has nice serration preservation with minor damage at the apical (tip). 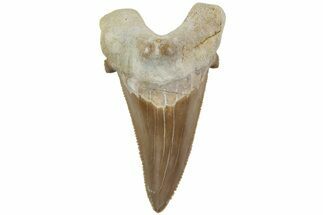 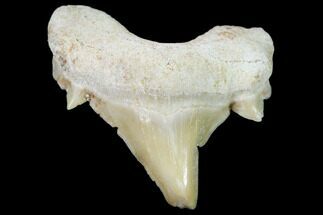 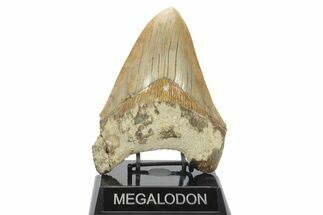