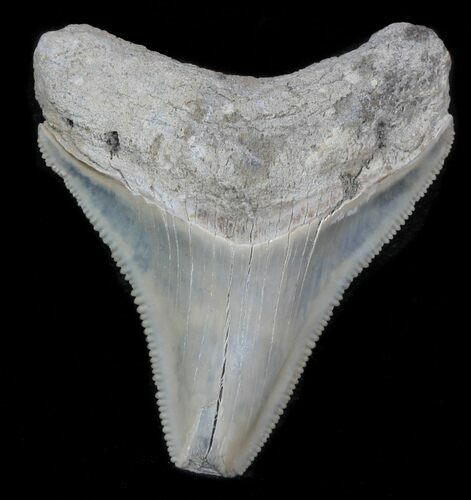 This is a nicely serrated Carcharocles chubutensis tooth from the famous Lee Creek Mine in North Carolina. Collecting at this mine has not been allowed in several years so material from here is hard to come by. Its not perfect tooth but has some really nice coloration and serrations. 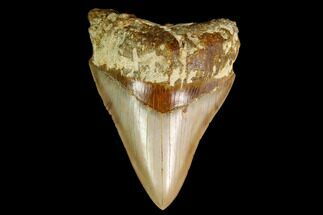