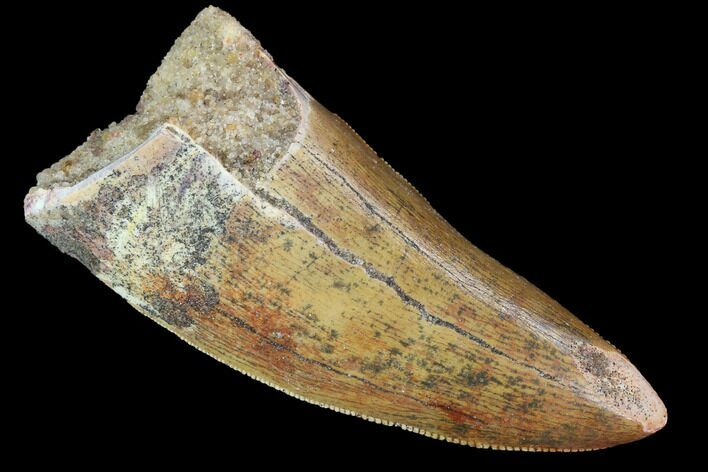 This is a serrated 2.34" long Carcharodontosaurus tooth from the from the Kem Kem Beds of Morocco. This massive theropod often gets compared to T-Rex but is actually thought to be larger.

This tooth is very thick in cross section, so it likely came from near the front of the jaw. Nice serrations and enamel with just some minor feeding wear to the tip. There is a stabilized stress-fracture visible in the tooth but it has not been restored.