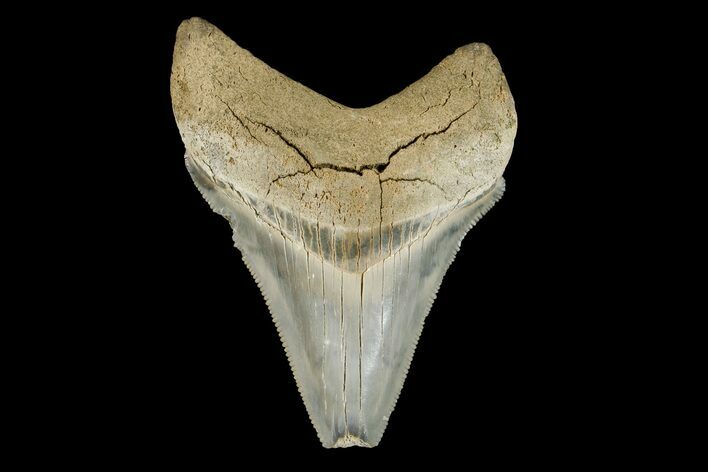 This is a sharply serrated, 2.38" long fossil Megalodon tooth collected from the Yorktown Formation in Aurora, North Carolina. It has glossy enamel, sharp serrations and a nice root. Some feeding damage to the tip.


The vast majority of commercially available Megalodon teeth are collect by divers in the water after they've eroded from the rock but this on is from a "land site". This results in beautiful coloration and excellent serrations on the tooth.
Lots of fossil teeth used to be found in the PCS Phosphate Mine in Aurora but it's mostly been closed to collecting for some time, so far fewer of these teeth are being found. 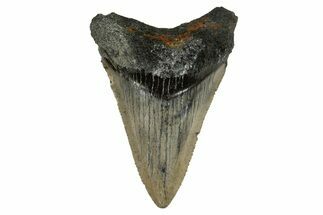 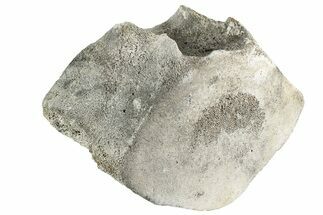 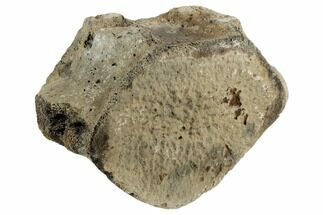 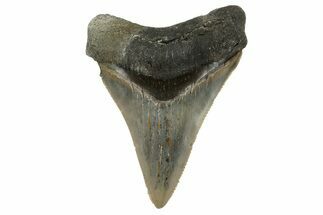 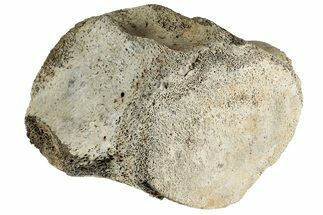 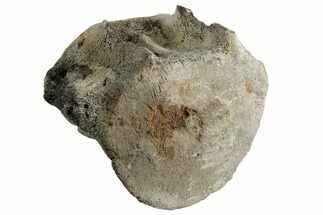 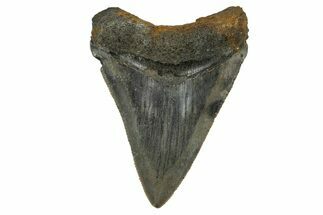