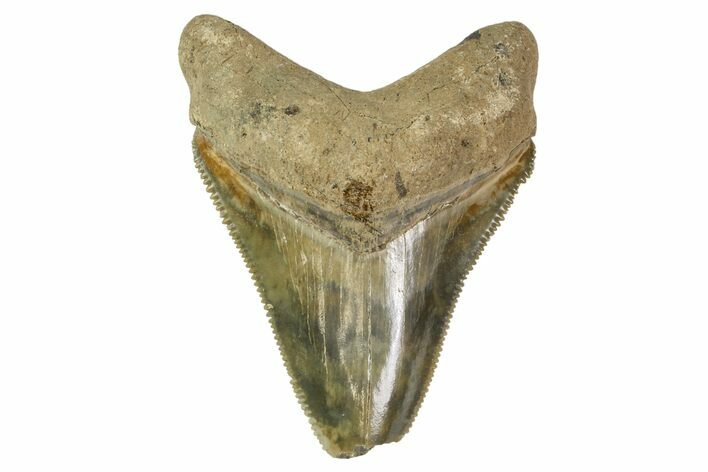 This is a fossil Carcharocles chubutensis sharp tooth collected from a river in georgia. It retains great serrations and nice enamel preservation.