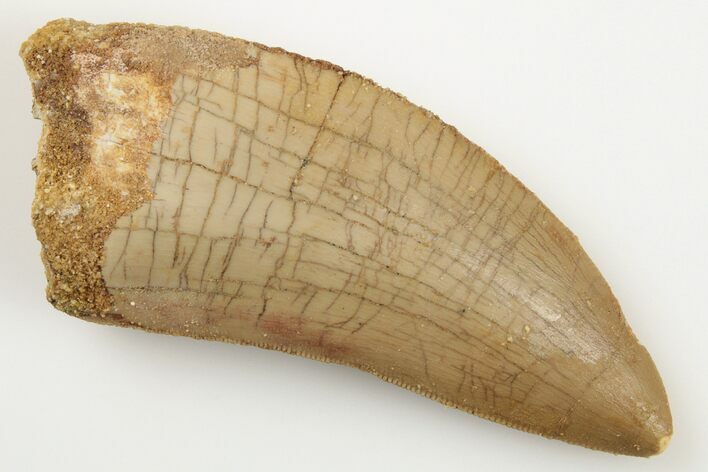 The tooth has fine serrations along both edges of the blade and good enamel. The proximal end of the tooth has undergone glue stabilization. There is some light restoration at the tip, and visible fractures on both faces.