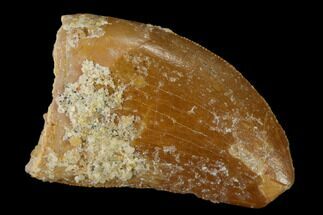 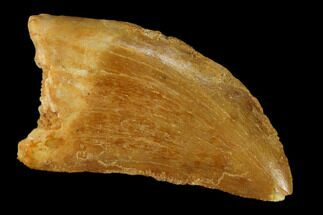 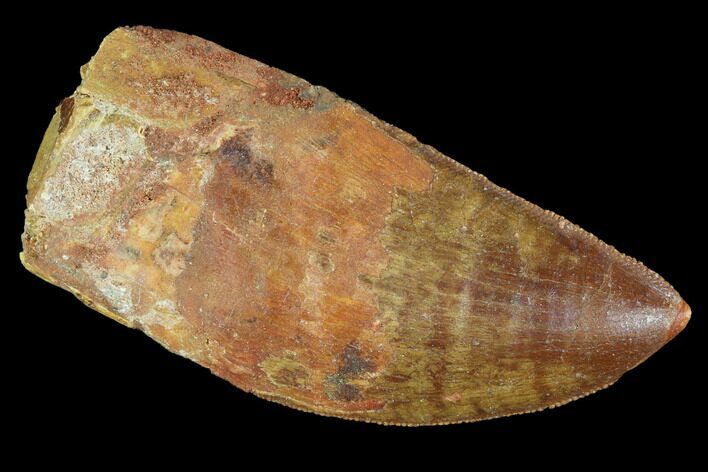 This is an authentic, 2.6" long fossil tooth of Carcharodontosaurus from the Late Cretaceous, Kem Kem Beds of Morocco. Carcharodontosaurus was a massive predatory dinosaur that reached sizes larger than that of Tyrannosaurus rex, though this tooth would have come from a juvenile with much smaller teeth.

The majority of the enamel has chipped away from this specimen and there is gap fill along once face of the tooth. There also looks to be some stabilization of the root. 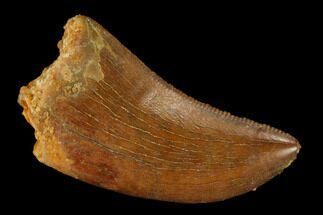 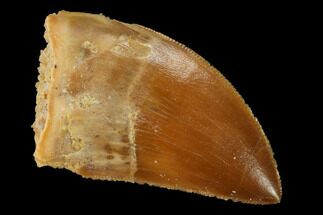