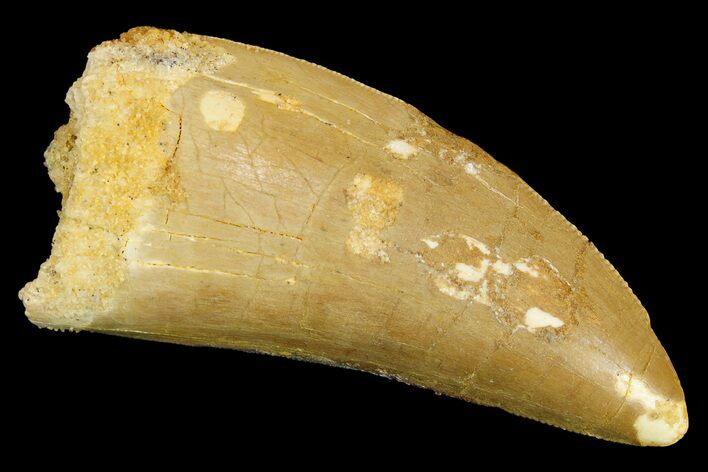 The tooth is quite robust with nice enamel, fine serrations and some feeding wear to the tip. There are a number of crack repairs and a spot of restoration on the edge of the blade in the middle of the tooth.