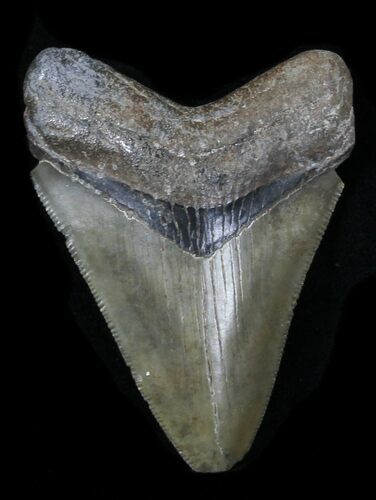 This is a nice 2.77" Megalodon tooth collected from a river in Southern Georgia. It's a little bit water worn but otherwise nicely preserved. A tooth of this size would have come from a juvenile Megalodon shark. 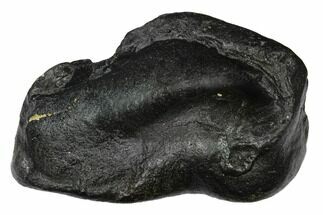