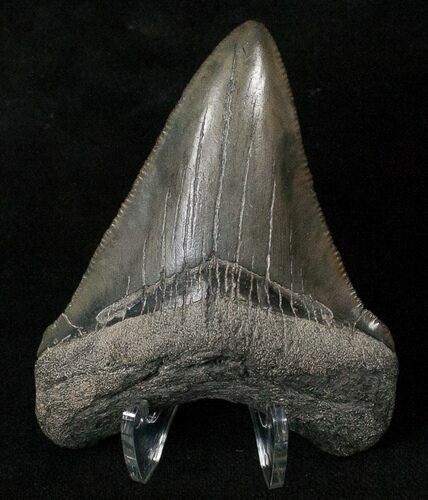 This is a 2.81" long, juvenile Megalodon tooth collected from the coast of South Carolina. It would be Miocene in age and eroded out of the Hawthorn Formation. The serrations are still visible along the edge of the blade.