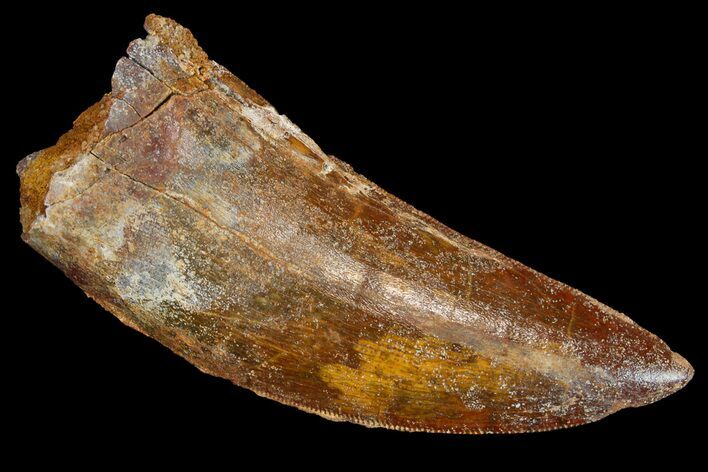 The tooth has good enamel preservation and while most of the serrations are worn they are still visible. A few crack repairs but no significant restoration.