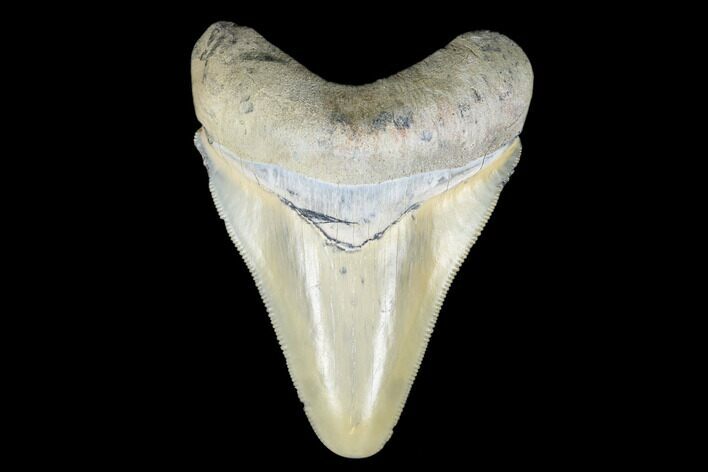 This is a beautiful, serrated, 2.95" long fossil Megalodon tooth collected from the Yorktown Formation in Aurora, North Carolina. It has creme colored enamel, sharp serrations and a nice root. 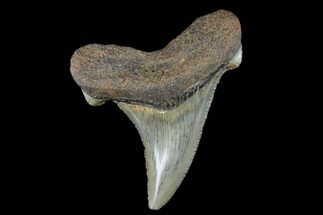