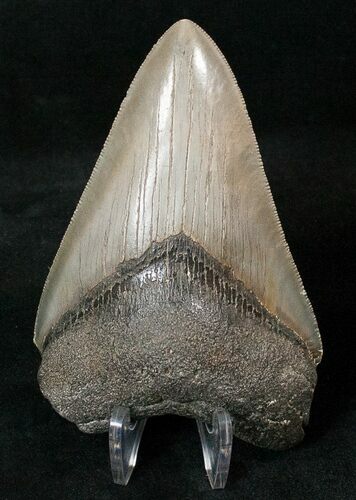 This is a 4.19" fossil Megalodon tooth has a great blade with glossy enamel and sharp serrations. There's a chip out of the left root node but otherwise it is an outsanding tooth. Comes with the pictured display stand.