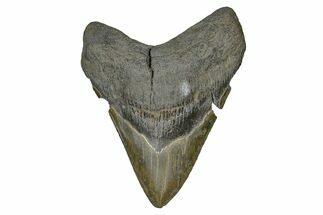 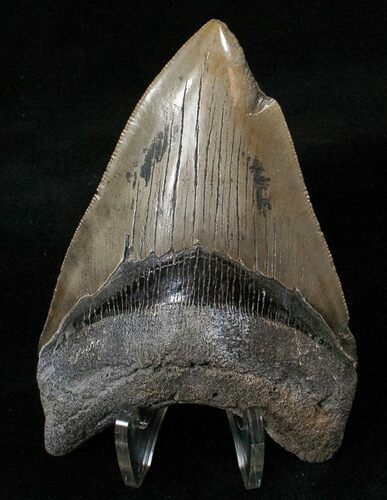 This is a beautiful, 4.11" fossil Megalodon tooth with nice glossy enamel. The fine serrations along the edge of the blade are almost all still present. Comes with the pictured display stand.