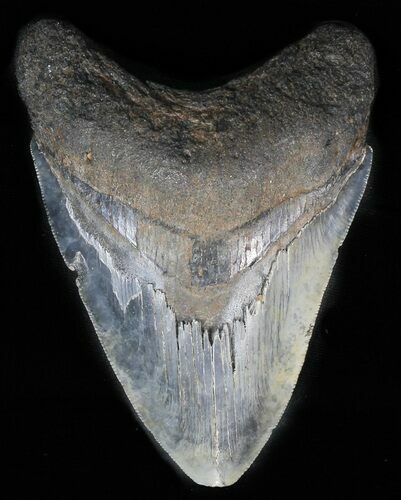 This is a serrated, 4.17" long, fossil Megalodon tooth collected from a river in Georgia. The tooth would have come from an adult, prehistoric, mega-shark in the 35-40 foot size range. Most of the serrations are still present along the edge of the blade. Some feeding damage to the tip and some enamel peels to the middle of the blade. 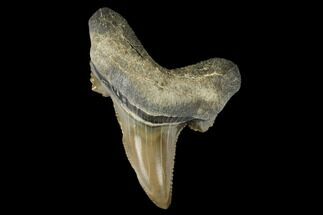