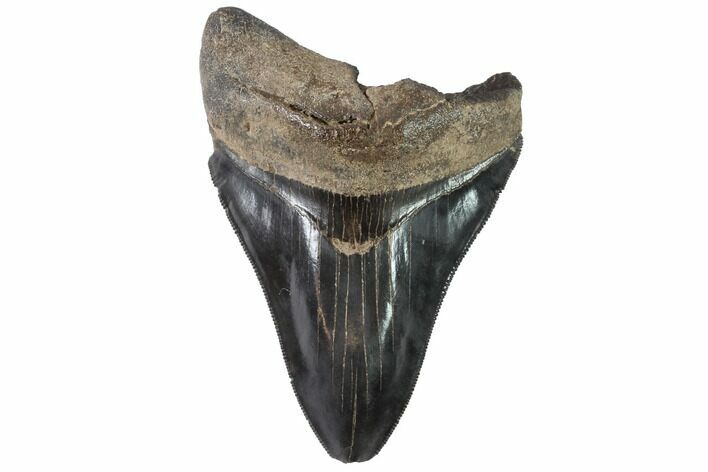 This is a sharply serrated, 4.26" long fossil Megalodon tooth collected from a river in Georgia. The tooth would have come from a prehistoric, mega-shark in the 35 foot size range. The tooth has razor sharp serrations, nice enamel and minor feeding wear to the tip. It's bargain priced because much of the left root lobe is missing. 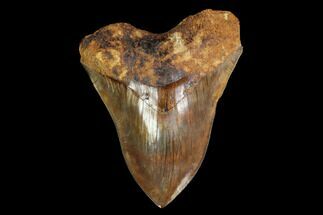