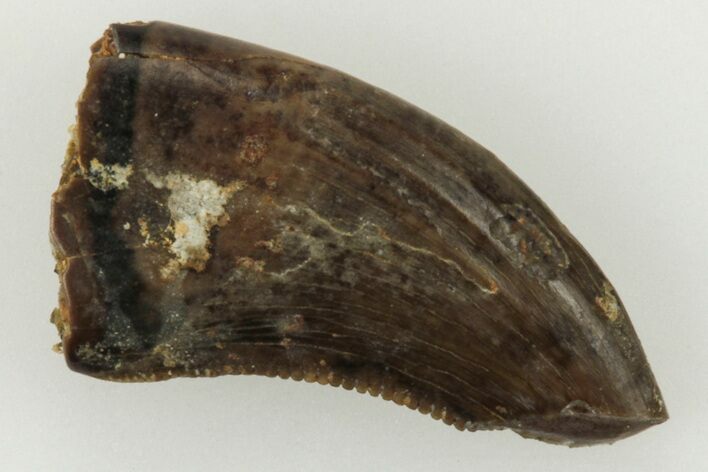 This is a .47" long dromaeosaurid theropod (Acheroraptor temertyorum) tooth from the Hell Creek Formation in Montana. It shows the distinct ridges of an Acheroraptor tooth, serrations along the distal edge, and excellent enamel preservation. Comes in an acrylic display case.

There is damage to the tip of this tooth.