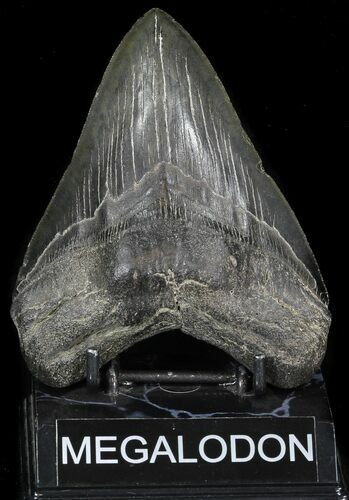 This is a large, serrated 5.01" long, fossil Megalodon tooth collected in South Carolina. This tooth would have come from an adult Megalodon Shark in the 40+ foot size range. This is a nice all around tooth, with serrations still present along the edge of the blade, and no major enamel peals. 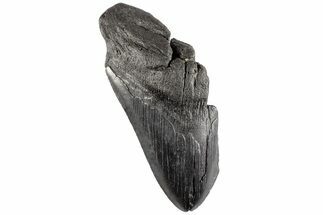 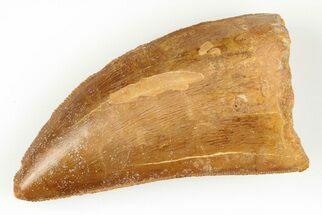