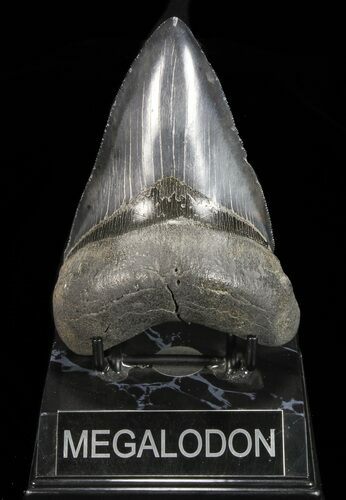 This is a robust, serrated, 5.07" long, lower Megalodon tooth collected in Georgia. The tooth would have come from an adult, prehistoric, mega-shark in the 40+ foot size range. The tooth is very robust and the dagger-like shape indicates it came from the lower jaw of the shark. Gorgeous enamel preservation, sharp serrations and a mostly intact bourlette on this large tooth.


Comes with the pictured display stand.