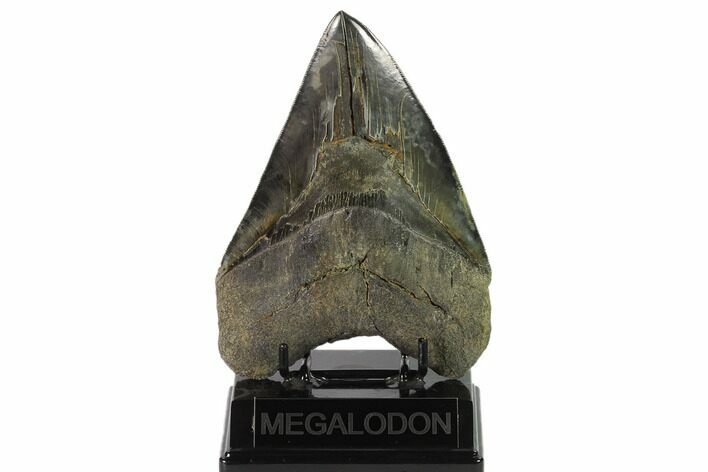 This is a huge, serrated, 5.88" long, fossil Megalodon tooth collected from a river in Georgia. A tooth of this size would have come from a prehistoric, mega-shark in the 45 foot size range.
The tooth has a beautiful multi-colored enamel preservation, along with gorgeous serrations and a sharp tip. Some of the bourlette has weathered away and just beneath the bourlette there is weathering damage that resulted in significant chipping of the enamel.