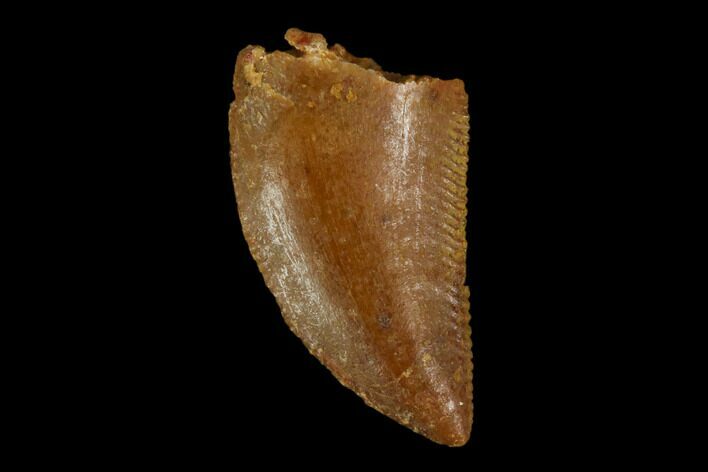 The serrations along one edge are slightly worn, but present. The enamel is in good condition.