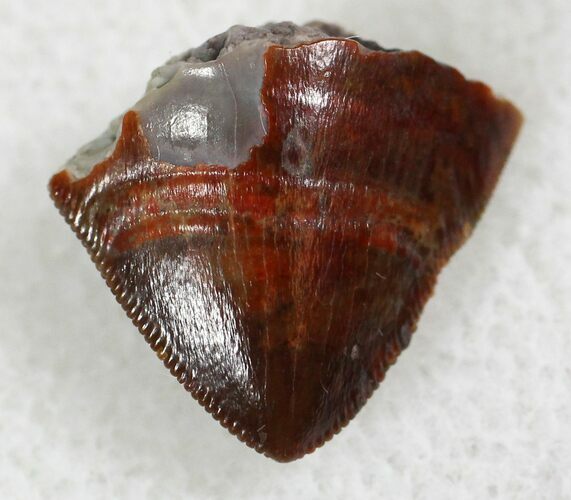 The serrations are nice on both edges of the tooth and it has nice dark enamel preservation. There is some feeding wear to the tip. 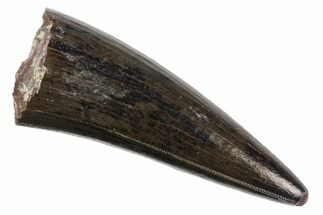 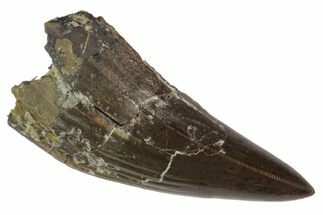