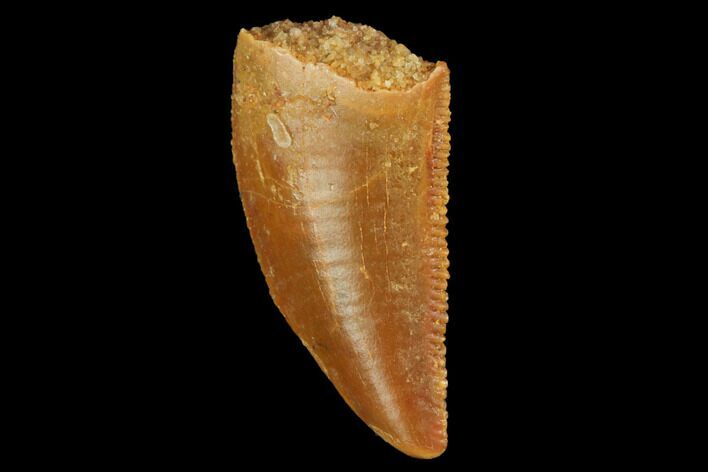 The tooth has nice enamel and some serrations remained preserved, though there is some minor chipping. There is feeding wear to the tip and along one edge.
About Dinosaur Teeth
View Jurassic World Fossils
What Is A Raptor (Dinosaur)?
SOLD
DETAILS
SPECIES
Unidentified
AGE
Late Cretaceous (95 million years)