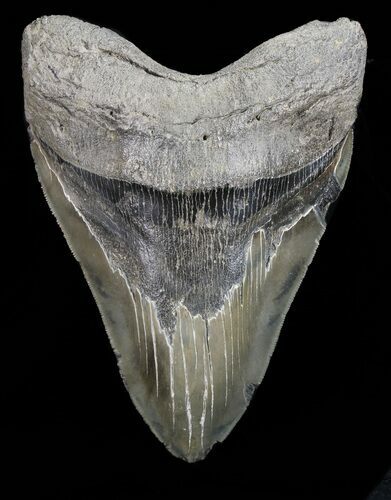 This is an absolutely massive, 6.16" long Megalodon tooth collected in Georgia. Megalodon teeth over 6" long are very rare, you will find hundreds of 5 inch teeth for every 6 inch tooth. A tooth this size would have come from a large adult, mega-shark in the 50+ foot size range.

The huge tooth is very robust weighing just under 18 ounces. Most of the serrations are still visible though there are some nicks (feeding damage) to the sides of the blade and tip. Like practically all the Megalodon teeth we sell there is no repair or restoration.