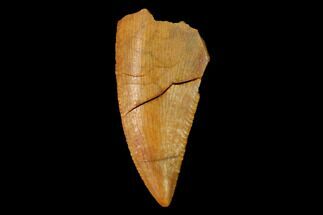 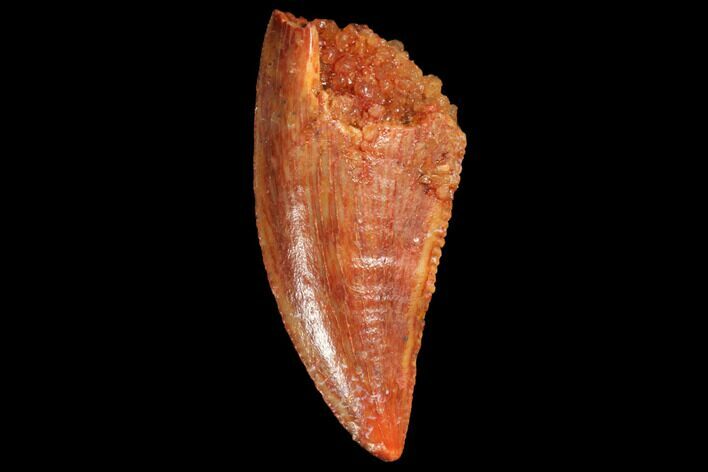 The serrations along both edges are in decent condition and the enamel is slightly weathered in spots.