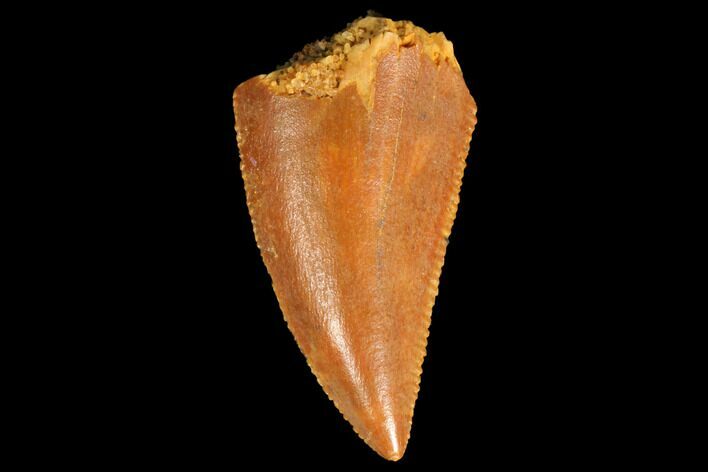 The serrations along both edges are in good shape with only some minor chipping.