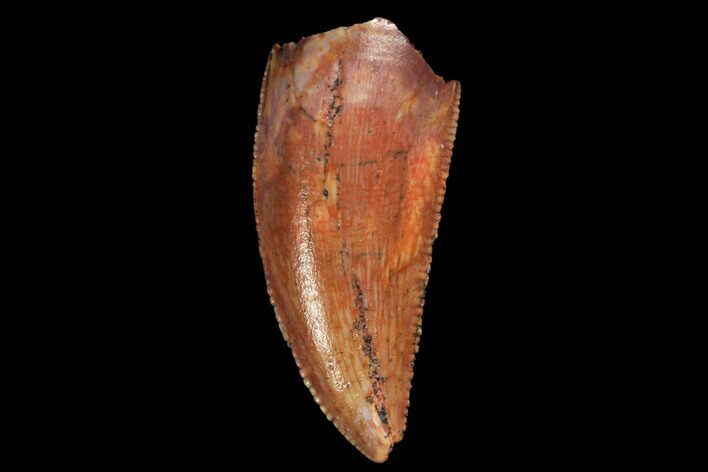 The serrations along both edges are present and only contain some minor chipping. The tip of the tooth and enamel have both undergone some chipping.