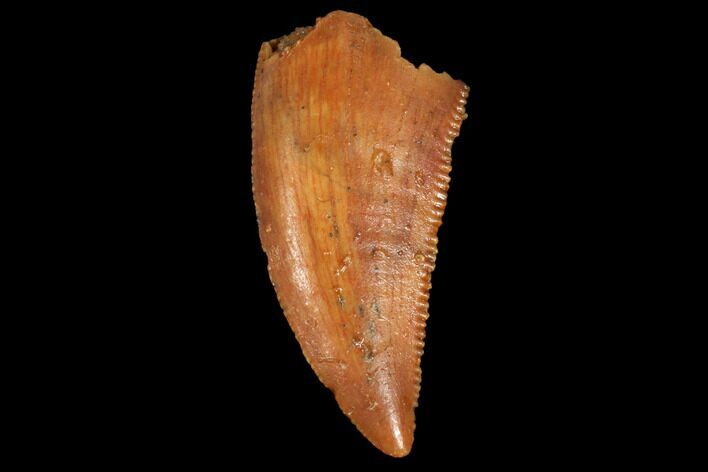 The serrations along one edge are slightly chipped while the opposite edge serrations have almost entirely worn away.