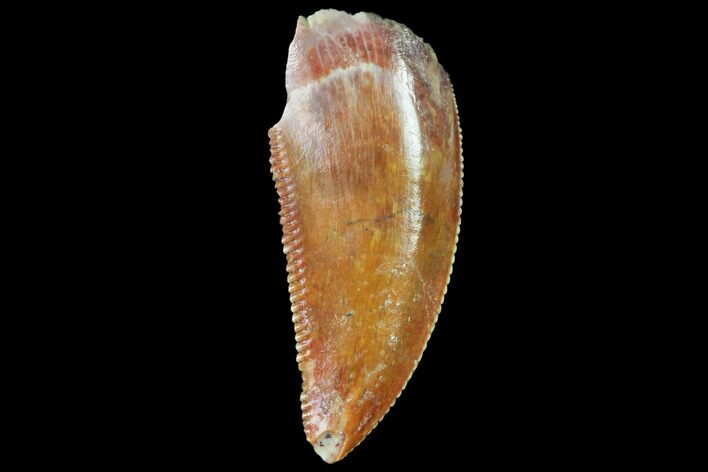 The tooth has nice enamel preservation and decent serration preservation along both edges. There is chipping to the tip and there is a section of tooth missing proximal to the root.