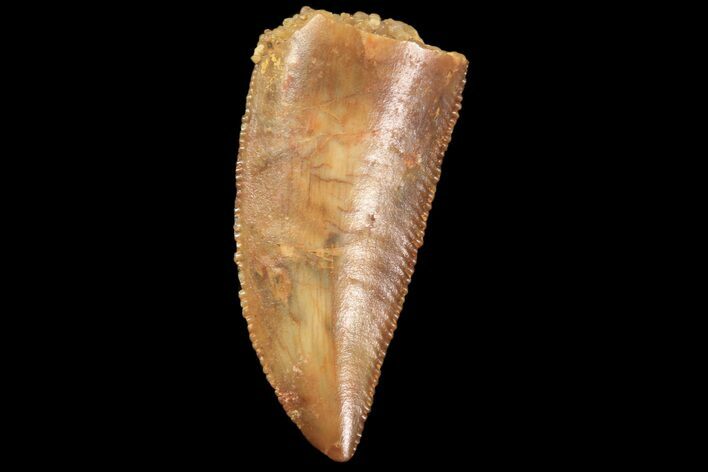 Nice, enamel preservation on this tooth with fine serrations.