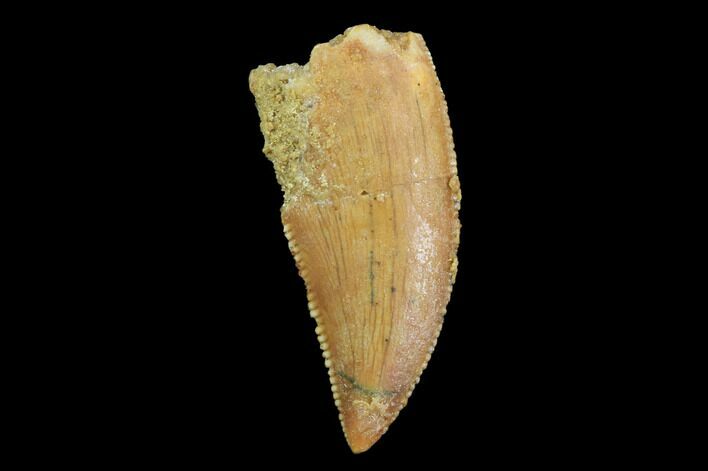 This is a nice looking tooth with fine serrations and a nice tip. One repair near the base.