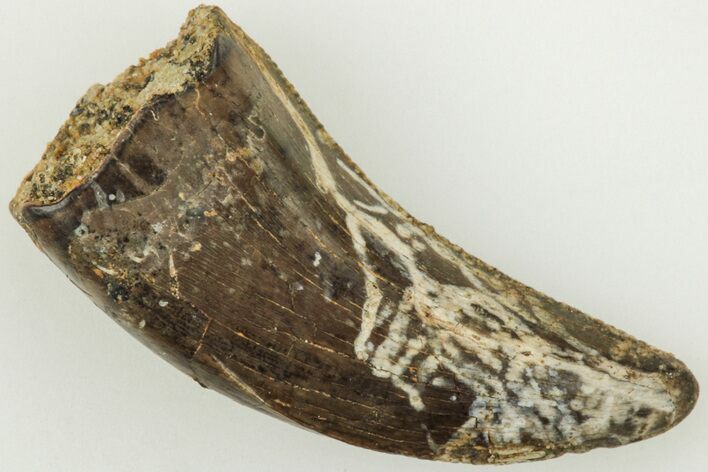 This is a .76" long Tyrannosaur tooth likely of the species Nanotyrannus lancensis, collected from the Hell Creek Formation of Eastern Montana. The enamel and serration preservation of this tooth is very nice.