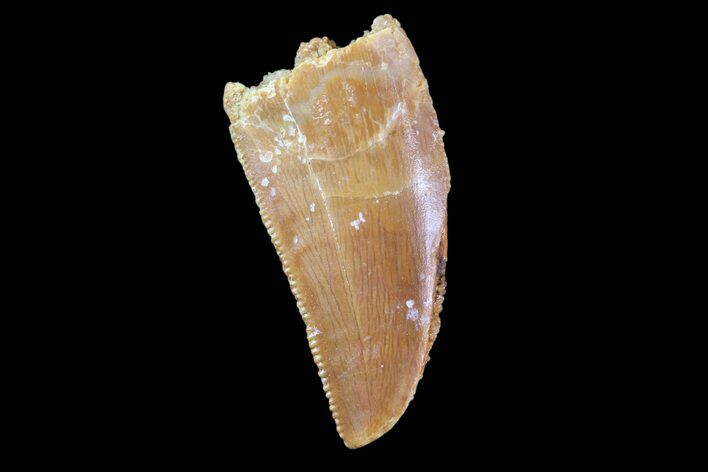 The tooth has nice enamel and visible serrations. Part of the tip has been sheered away, likely due to feeding.