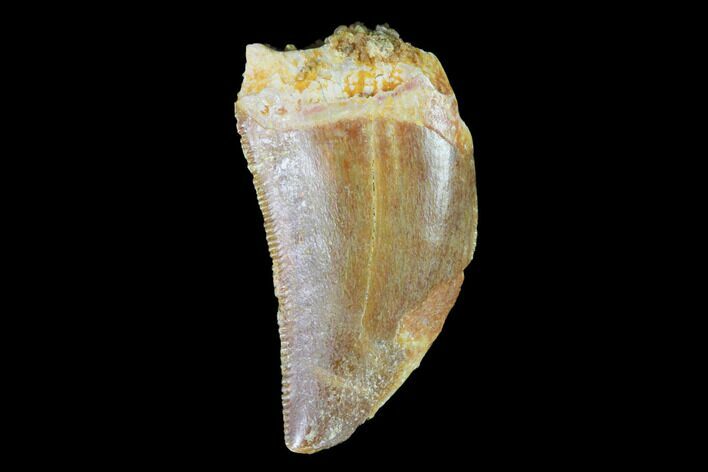 The tooth has decent enamel and serration preservation. Some of the enamel has chipped away along with the serrations along one edge. 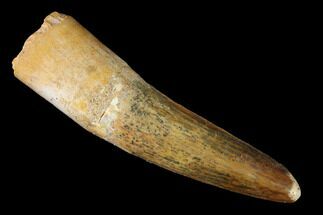 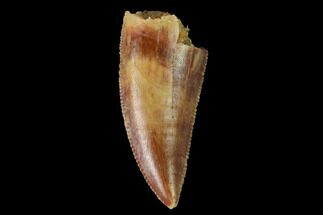