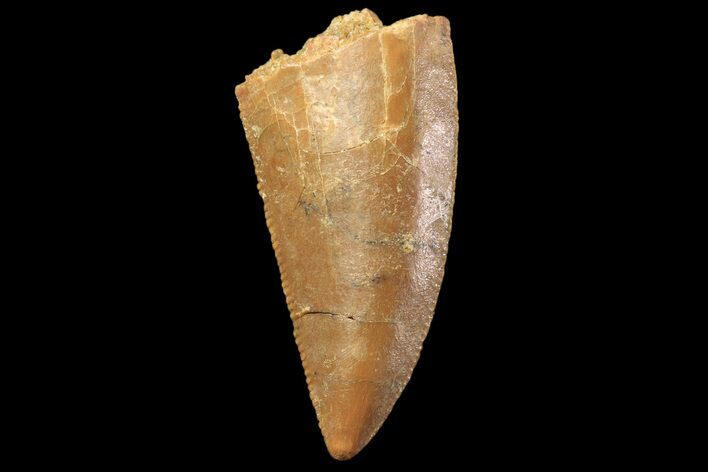 This tooth is quite large for these typically small theropod dinosaurs. Nice serrations and enamel preservation. There is a crack repair in the middle of the tooth.